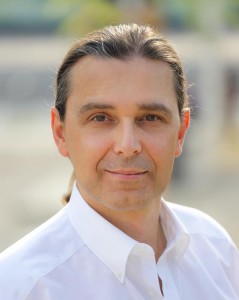 I welcome you to the homepage of the PK-Collection. A collection of eye-witness reports about psychokinetic phenomena.

I brought this collection into life, because once I was even an involuntary witness of a floating object. A table had risen, remained in the air and fell slowly to the floor again, as if it was held by invisible hands. You can probably imagine that such an experience is not pleasant. One believes to have went mad and is afraid. Fortunately, there were other observers present with the same horrified look. That helped to reassure me, because I have never heard of sudden-onset group insanity. For the particularly clever of you, no, it was not a magic show!

At that time it was clear to me that there is much more between heaven and earth than I thought. I checked out the meaning of cross areas of psychology and psycho hygiene, parapsychology, psychokinesis (telekinesis), teleplastic, mediumism, mediumship and miracle.

So I went on a search for other witnesses of these types experiences, that’s called psychokinetic phenomena (pk phenomena). It seemed that there are many but only a few had the courage to describe what they witnessed using their real name. Most people use a synonym. For me, it´s interesting, to get a confirmation from someone who had an academic background and was (is) willing to use their real name. That´s why I went looking for academics who had seen something like this. I was amazed when I discovered that well-known scientists and Nobel Prize laureates had witnessed such events and written about it. That was the beginning of the collection.

I open my collection but am concerned about the public. I know that there are people on the one side that more or less reject the paranormal and so have no interest in my collection. On the other hand there are people who are open for paranormal stories even when the validity can´t be proved. For those who are in the middle between the two camps, I have created this website.

Marcus Heymann
Founder of the PK-Collection