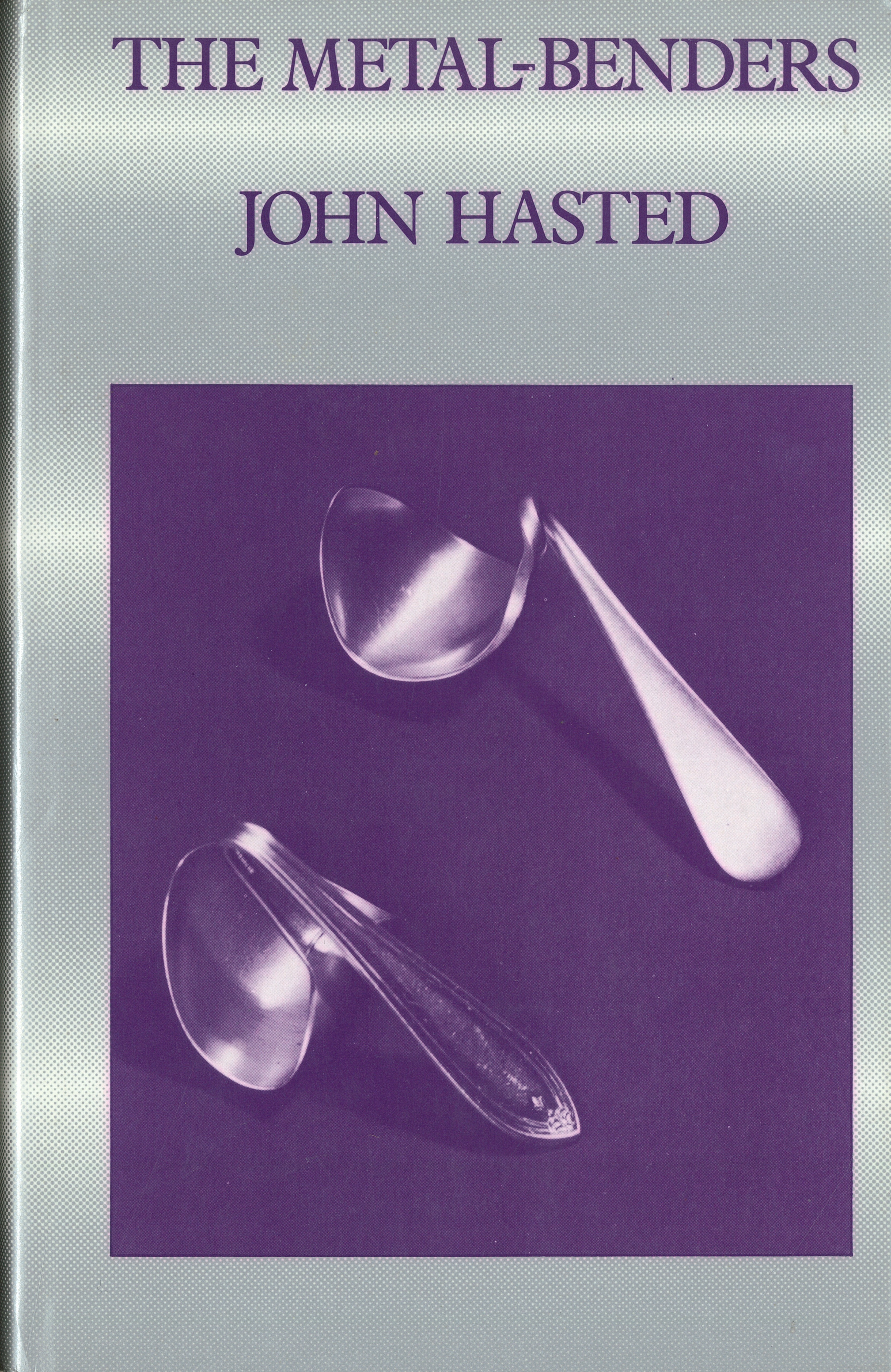 Chapter: An introduction to metal-bending: involvement of the author

Page 18: “A sudden event observed in an early session of Uri Geller in my laboratory was the bending without touch of a disc-shaped single crystal of molybdenum of about 1 cm diameter. This had been provided by Dr. Anthony Lee of the Cavendis Laboratory, and I personally kept it secure in a plastic box in my pocket before its exposure to Gellers´s “action”. Physicists David Bohm, Ted Bastin, Jack Sarfatt and also Brendan O´Regan were present as witnesses. Geller asked for small metal objects to be placed for him on a large metal plate, so we placed on the table a machine-shop working plate. I took the crystal from its box and put it absolutely flat on the plate. Sarfatt extended his hand a few inches above the crystal and the other objects on the plate. Geller moved his hand above Sarfatt´s, until a tingling sensation was reported by the latter. Geller tried to “concentrate his actions”, and it was suddenly seen by the observers that the crystal had changed its shape, and was now slightly bent, through an angle of about 20°. I could not swear that the bending was not accompanied by a tiny metallic sound. But I was absolutely certain that neither Geller nor anyone else had touched the crystal since I placed it on the metal plate; nor did he drop anything on the metal plate. I replaced the crystal in its box, which I returned to my pocket; a physical examination of the crystal would be necessary. I eventually found that a physical property (the magnetic susceptibility) of the crystal was anomalous, but I have not previously published this fact.”

Page 192: “With the assistance of Dr. Kobayashi of Tokyo Metropolitan University, I was able to monitor the paranormal movements of a ship´s compass brought about by Uri Geller in Tokyo in 1975. There was no anomalous magnetic field present during the paranormal movements of the compass needle. While Geller was in Tokyo, ten compass rotation events were observed by me, and I was satisfied that there was no cheating either by Geller or by anyone else when the magnetometer was used.”

Page 194: “The opportunity to witness Jean-Pierre Girard attempt such an effect came to me in the summer of 1977, when I was asked to monitor film material being made in Paris for NBC television (in the United States) by Alan Neumann. My task was to view the experiments, which were carried out on a glass table under camera, from a distance of about five feet; I concentrated particularly on the possible use of threads, even though there was a relatively long filming period (more than one hour); but I found no evidence of fraud. I also found it impossible to move objects on the table by frictional electrostatic means. The objects which moved paranormally in camera were a brandy glass (45 g weight) and a lipstick case (20 g weight). The movements recorded, and now widely seen by audiences, were jerky and only of a few inches distance. I lodged a detailed report with the television company. I adhere to my general conclusion that some psychics, including some metal-benders, are able to produce temporary quasi-forces which act locally on neighbouring sensitive mobile apparatus. Since my studies of psychokinesis have concentrated on the physics of the phenomenon, I have avoided conducting the orthodox psychokinetic experiments on influencing the throw of dice, or of their placement in certain areas on a working surface. It is quite possible that the success achieved by some subjects in throwing dice is attributable to paranormal actions similar to those I have seen investigating.”

Page 196: “At a certain moment the metal-vender is introduced and succeeds without touch in distorting the specimen elastically so that the strain “e” increases whilst the normal applied stress “o” is unchanged. When the normal stress is increased and the metal-bender ceases his action, the metal returns to its original stress-strain graph. Thus the paranormal action was elastic and did not cause yield or, presumably, any change of physical properties. It could be described as the action, without touch, of a quasi-force.”