23:59´ to 24:17´Minute
“I was there part of the time, for example as the stones flew through the air. One case, which I described in my book, was a man who had just finished making a soup and suddenly a stone flew over his back and dropped into the soup pot. No one else was in the kitchen.” (Quelle: ARD)

Book: The Spirits, who called me 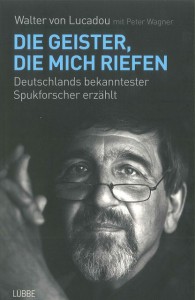 Chapter: Daily consulting routine and the haunting begins
Page 28: “I could shortly track with my own eyes, how a stone emerges out of nothing. The father of the family was cooking spaghetti with tomato sauce in the kitchen. I stood next to him and as we talked, all of the sudden, really out of the blue a stone fell into his pot.”